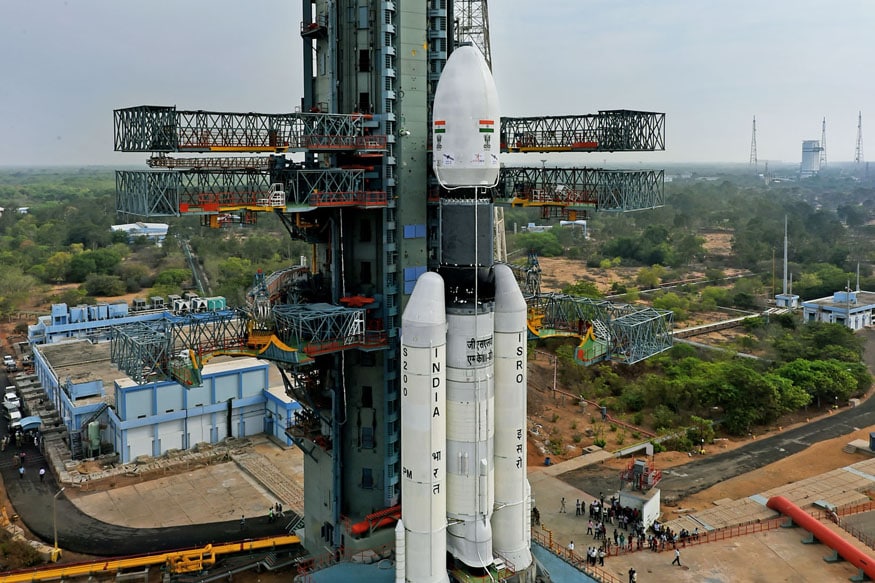 PRESS RELEASE ON CHANDRAYAAN-2
Chandrayaan-2, India’s second lunar mission, has three modules namely Orbiter, Lander (Vikram) & Rover (Pragyan). The Orbiter and Lander modules will be interfaced mechanically and stacked together as an integrated module and accommodated inside the GSLV MK-III launch vehicle. The Rover is housed inside the Lander. After launch into earth bound orbit by GSLV MK-III, the integrated module will reach Moon orbit using Orbiter propulsion module. Subsequently, Lander will separate from the Orbiter and soft land at the predetermined site close to lunar South Pole. Further, the Rover will roll out for carrying out scientific experiments on the lunar surface. Instruments are also mounted on Lander and Orbiter for carrying out scientific experiments.
All the modules are getting ready for Chandrayaan-2 launch during the  window of July 09, to July 16, 2019, with an expected Moon landing on September 06, 2019.
https://www.isro.gov.in/update/01-may-2019/press-release-chandrayaan-2

The challenges of a Moon landing

Trajectory Accuracy
The distance to the Moon is approximately 3.844 lakh km. Ensuring trajectory accuracy while navigating such a large distance poses many challenges as trajectory is influenced by the non-uniform gravity of the Earth and Moon, gravitational pull of other astronomical bodies, solar radiation pressure, and the Moons true orbital motion.

Deep-space Communication
Owing to the large distance from Earth and limited on-board power, radio signals used for communication are weak with heavy background noise, which needs to be picked up by large antennas.

Trans Lunar Injection (TLI) and Lunar Capture
Chandryaan 2 will perform a series of TLI burns for raising its apogee successively to reach the vicinity of the Moon's orbit. As the Moon's location is continually changing due to orbital motion, the intersection of Chandrayaan 2 and the Moon's path has to be predicted sufficiently in advance with a high level of accuracy. As the Moon approaches the apogee of Chandrayaan 2, on-board thrusters fire precisely to reduce its velocity for lunar capture. The margin of error in these calculations and manoeuvres is very narrow.

Orbiting Around the Moon
Lunar gravity is 'lumpy' due to uneven mass distribution under its surface. This influences the orbit of the spacecraft. Also, precise knowledge of the thermal environment at orbital altitude is essential for keeping on-board electronics safe.

Soft Landing on the Moon
This is the most challenging part of the mission and is divided into 'rough braking' and 'fine braking'. Variation in local gravity has to be factored into the lunar descent trajectory. The onboard NGC and Propulsion System has to work in unison, autonomously, and automatically for a successful landing. Further, the landing site landscape features should not result in a communication shadow area.

Lunar Dust
The lunar surface is covered with craters, rocks, and dust. Firing of on-board engines close to the lunar surface results in backward flow of hot gases along with dust. Lunar dust is miniscule and is hard, barbed, and jagged. Its negative charge makes it stick to most surfaces, causing a disruption in deployment mechanisms, solar panel performance, and NGC sensor performance.

Extreme Temperatures and Vacuum
A lunar day or night lasts 14 Earth days. This results in extreme surface temperature variations. Moreover, the ambient pressure of the lunar surface is a hard vacuum. This makes the lunar surface an extremely hostile environment for lander and rover operations. 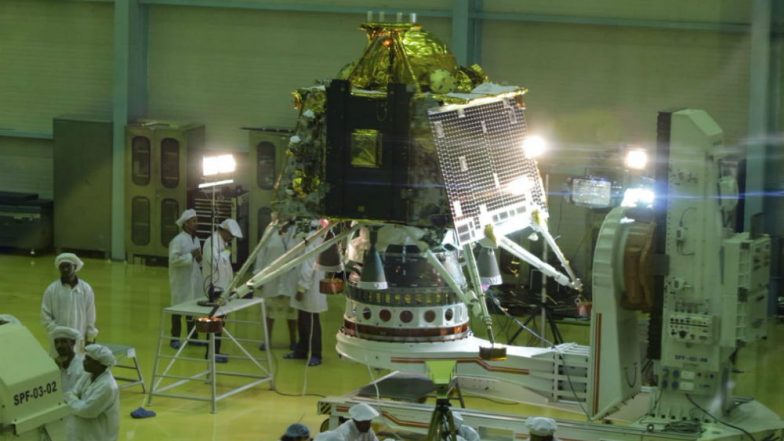 Press Meet - Briefing by Dr. K Sivan, Chairman, ISRO https://www.isro.gov.in/update/12-jun-2019/press-meet-briefing-dr-k-siva...
Dr Sivan outlined ISRO’s vision on space science and interplanetary missions. Understanding the secrets of the inner solar system is an aspiration of both national and international scientific community. Specifically talking about Chandrayaan-2, he announced “The launch of Chandrayaan-2 onboard GSLV MkIII-M1 is planned on July 15, 2019 at 02.51 Hrs from Sriharikota”. Further, he said the soft landing of the Vikram lander of Chandrayaan-2 on the Moon’s surface is likely to be on September 06, 2019. The briefing included the scientific objectives, challenges and benefits of the mission.

The launch countdown of GSLV MkIII-M1/Chandrayaan-2 commenced today at 0651 Hrs IST. The launch is scheduled at 0251Hrs IST on July 15th.

A technical snag was observed in launch vehicle system at T-56 minute. As a measure of abundant precaution Chandrayaan-2 launch has been called off for today. Revised launch date will be announced later.

Chandrayaan - 2 launch scheduled on 15th July, 2019 at 2:51hrs was called off due to a technical snag noticed at around one hour before launch. An expert committee was constituted to analyze the issue and suggest remedial action. The expert committee identified the root cause of the technical snag and all corrective actions are implemented. Thereafter, the system performance is normal.

About 16 minutes 14 seconds after lift-off, the vehicle injected Chandrayaan-2 spacecraft into an elliptical earth orbit. Immediately after spacecraft separation from the vehicle, the solar array of the spacecraft automatically got deployed and ISRO Telemetry, Tracking and Command Network (ISTRAC), Bengaluru successfully took control of the spacecraft.

Today is the beginning of the historical journey of India towards Moon and to land at a place near south pole to carry out scientific experiments to explore the unexplored. In the coming days, a series of orbit manoeuvres will be carried out using Chandrayaan-2’s onboard propulsion system. This will raise the spacecraft orbit in steps and then place it in the Lunar Transfer Trajectory to enable the spacecraft to travel to the vicinity of the Moon.

The triplet images from TMC-2 when processed into Digital Elevation Models, enable mapping of surface landform morphologies. These include

© ISRO
Figure 2 is one of the m- δ decomposition images from the first datasets acquired over lunar south polar regions in L-band high-resolution (2mslant-range resolution) hybrid polarimetric mode. It is important to note that the obtained resolution is one-order better than the earlier best by a lunar-radar. This image presents many interesting facts about the secondary craters of different ages and origins in the lunar south polar region. The yellowish tone around crater rims in the image shows ejecta fields. The distribution of ejecta fields, whether uniformly distributed in all directions or oriented towards a particular side of a crater, indicates the nature of the impact.  The image shows craters of vertical impact and oblique impact on the top-right and bottom-right, respectively. Similarly, the roughness of the ejecta materials associated with the impact craters indicates the degree of weathering a crater has undergone. Three similar sized craters along a row on the bottom-right of the image show examples of young crater, moderately weathered crater and an old degraded crater. Many of the ejecta fields seen in the image are not visible in high-resolution optical image over the same region, indicating the ejecta fields are buried beneath regolith layers.

© ISRO
Chandrayaan-2 Orbiter’s DF-SAR has been operated in full-polarimetry mode- a gold standard in SAR polarimetry, and is the first-ever by any planetary SAR instrument. Figure 3 shows an L-band fully-polarimetric, 20m slant-range resolution image of Pitiscus-T crater. The image is a colour composite of different transmit-receive polarization responses of the imaged region.